THE CELLULORD ON STAGE - ACT TWO 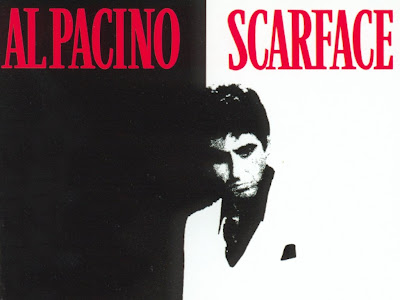 So, I was down on The South Coast, doing my turn, telling people How To Have an Opinion when I received an interesting and unsolicited "tweet" on my Twitter account -  END_OF_DOCUMENT_TOKEN_TO_BE_REPLACED . This intriguing message was from James King - END_OF_DOCUMENT_TOKEN_TO_BE_REPLACED - and he had a tempting proposal which I simply couldn't turn down

Turns out he was going to introducing a special screening of the new Scarface Blu-Ray and he wanted me to be his guest interviewee.  It seems he knew of the Brian DePalma book I wrote in a previous life and, having written said book, made me an 'expert' on Brian DePalma. I had to re-read my book on the train since I'd written it eleven years ago and had successfully forgotten most every word but but, y'know, I'll take 'em where I can get 'em.

The screening was to take place here: 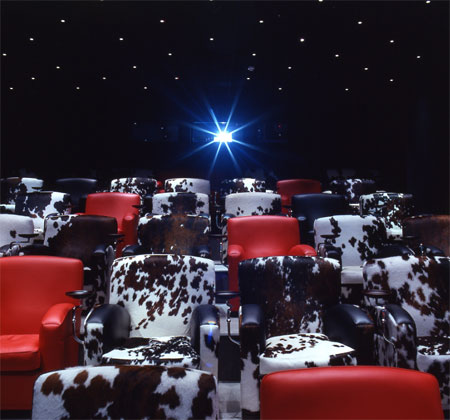 That is one of the two screening rooms in The Soho Hotel which is, I am assured, London's swankiest residence these days.  Think Hotel Babylon crossed with Derek Flint's apartment and you're about there!

So down I went to That There London and met Mr. King - who has failed entirely to grasp the point of film criticism, in that he stands there tall, slim, handsome and cheerful with a particularly distressing full head of hair!  Critics are short and bald with an attitude problem, doesn't he know this?

Anyway - we got on very well, despite having first about five minutes before going on stage.  Of course, we have a shared love of movies and a radio background, so there is a lot of common-ground.

The whole event was organised by Katie Aust on behalf of HMV and their rewards programme (which you can involved with here) and Sarah Jackson, who was also kind enough to take some photos of me in full flow.