DOCTOR WHO: THE Beast Below 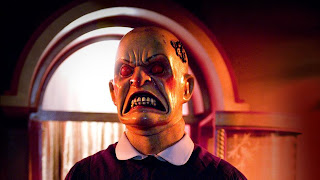 DOCTOR WHO - The Eleventh Hour