So, Charlie Brooker has returned, to slap us in our complacent faces once more.
Once was the time, we tell ourselves, that our television was the envy of the world.  My university lecturers told me.  The critics I used to rub shoulders with at press-showings and festivals told me.  The text books I recommend to my students tell me.  Look at "Prime Suspect", they all say, or "Cracker" and before that "Edge of Darkness".  Look at Dennis Potter and Alan Bleasdale!  No argument from me about any of that.  But that's all very, very old!
When you try and find something comparable from the last ten years ... That's where opinions are less unanimous.  There's no shortage of excellence these days, but I fear that the moulds have been broken and the writings of your Tony Jordans, Paul Abbotts, Russell T. Davieses and even the (in my opinion) vastly over-valued Stephen Poliakoffs, pale in comparison to the 'greats' of the 'golden age' of the eighties.  We’ve been impressed by literate, impassioned, artistic telly … Now we need to be more impressed!
Of course, part of that will be the break-up of the traditional viewing habits.  it's rare now for ten million people to be watching the same programme on the same day.  But the programmes that do command a huge audience, a loyal audience that tune in week after interminable week, an audience which feels so invested in the show they will Twitter about it, Facebook about it and even pay cash money to be involved in its outcome ... Are the reality shows and the soaps.
These don’t ennoble us.  They do not aspire to be literature.
These are the factories out of which churn the new breed of 'celebrities' ... The business of show needs a steady stream of affordable celebrities as commodities to sell at a profit.  And we accommodatingly worship these celebrities in an empty, envious and ultimately short-lived way.  Our relationships with them go through a few fairly familiar stages ... Indifference, which becomes Mild Interest, then Fascination ... but, the relationship becomes abusive when we turn on them and develop a taste for their Pain.  Only when that Pain is not of their own devising (such as in the case of Jade Goody's Cervical Cancer) does our sense of Guilt disguise itself as Sympathy.
At the moment, we are watching the Leveson Inquiry into tabloid journalists' invasion of people's privacy in search of the mud their front pages sling.  We tut and mutter about the failure of standards and shameful immorality and try to ignore the creeping knowledge that they would have stopped doing it if we had stopped buying the papers.
There are several reasons I don't buy (or read) tabloids.  Personal ethics is one of them.
There are several reasons I generally try to avoid 'reality shows'.  Their cruelty is one of them.
The audience has become cruel.  Of course, there's nothing new in this ... At least we're not standing in town squares to watch poor people getting hung anymore.  Not literally.
I suspect that this cruelty has to do with the marching infantalisation of society.  Education no longer prepares people for adulthood, it insulates them against failure.  The welfare and tax systems punish those who act like responsible adults and attempt to pay their way rather than scraping by on handouts, meanwhile the popular media is obsessed with undemanding, familiar spectacle at the cost of analysis, insight and originality.  It is not unusual now to age without growing.
Children laugh at others' misfortune without the conscience of an adult; they don't pause to think "There but for the grace of God ... "  Well, that's okay, they're children, they're allowed.  It's when those children are fully grown, with children of their own, that this unformed, uncivilised, bullying mind-set becomes an issue. 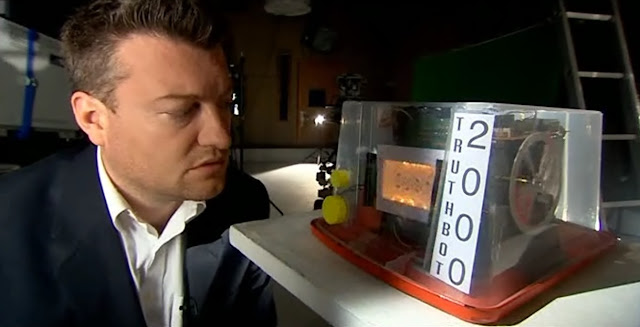 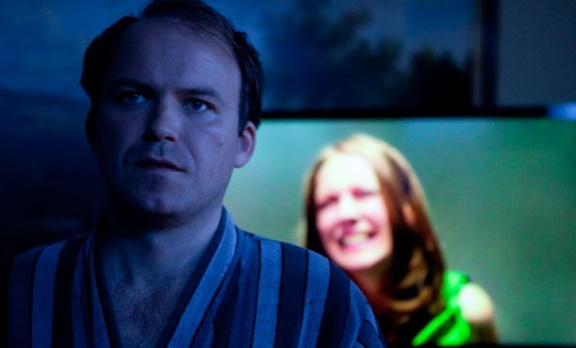 The look on Rory Kinnear’s face as he is going through with his public humiliation will live me for a while … It's just as well he's got his Hamlet out of the way already, because I wonder if I will ever be able to look at his face in any role he plays from now on, without remembered the grimace, the sobbing, the drool … Because the idea at the heart of this pieces is so entirely loathsome.  Far less loathsome – but far more troubling – is the Prime Minister’s willingness to go through with it.

Thing is, we know no one would in the real world … But it serves as a commentary on the ambitions of those in Power and how they will, in order to hang on to that power, abandon any ethical and moral stand they ever took.  New Labour did it.  The new Lib Dens did it.  The Tories haven’t, but that’s only because they only ever pay lip-service to ethics and morals, they don’t actually believe in any of it.
Brooker’s final master-stroke is the revelation of who the kidnapper is and why they did it.  If you haven’t seen it, I won’t spoil it.  But it’s a whole new target for Brooker’s withering scorn!
So, will this show be held up a glowing example of the new golden age of TV writing?  Will it enshrine Brooker’s name on the same monuments as Potter’s and Bleasdale’s?  Well, only if its story ceases to feel so extreme and distasteful; only if our culture continues on its downward spiral to infantile, puerile, docile oblivion.  So, yes, then; very probably.
Posted by Cellulord No comments: