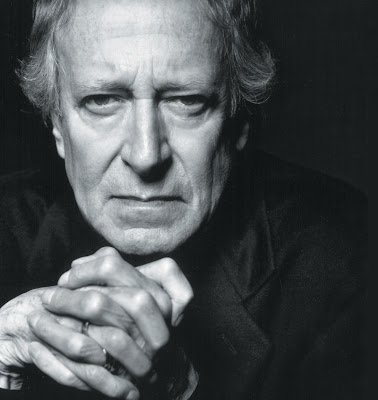 I thought long and hard about whether I should write about John Barry.  Is it distasteful to be singing his praises in the past tense today, when we could so easily have done so in the present tense yesterday?

I have decided that it isn't.  Whilst we who didn't know him cannot (and should not) mourn as his family mourn, we can take a moment to celebrate his achievements, now that his labours are at an end.

John Barry, the quiet, unassuming Yorkshireman, wandered into film composition almost by accident, through his association with the singer and actor Adam Faith.  He was still in his twenties when he was asked to arrange and, essentially, 're-mix' Monty Norman's theme to Dr No (1962).  This would prove to be the defining moment of his professional life.

The authorship of that piece would eventually come to be something of a thorn in Barry's side since the composer credit has always been given exclusively to Norman, yet a significant part of the tune's enduring success must be put down to the instrumentation chosen by Barry.  But, I guess that's the difference between composing and arranging.

Here is an interesting editing exercise where one James Bond fan has taken Norman's original Eastern-influenced version and mixed together a couple of Barry's prior arrangements, to demonstrate quite why he chose to arrange the music the way he did.

Barry had learned the important difference between arranging and composing and was soon brought back by the Bond film producers to work on the next Bond film and every subsequent one until The Spy Who Loved Me.  His enduring legacy with these films was to give them an elegance and a legitimacy which, to be fair, they didn't all deserve!

Here's a perfect example, a masterly score for a ... meh ... alright film:

These eleven Bond movie soundtracks - with their accompanying hit songs - would be enough for any career, you would think, but Barry went on to win five Oscars for his non-Bond work.  That's the same number as John Williams!

The Academy particularly appreciated his romantic work, like Out of Africa (1986) and Dances with Wolves (1991), soundtracks that demonstrate a real elegance.   But, for me, the tracks that The Oscars didn't recognise are the stand-outs, such as the deceptively simple and laid-back theme to Midnight Cowboy (1969) - which did, at least, win a Grammy:

Some films just demanded the kind of epic qualities that few composers were capable of providing (especially in the 60s when lush orchestral scores were a dying art), but Barry was always there, ready to take a huge, heroic film and raise it to mythical proportions.  Zulu (1964) is, simply put, one of the greatest British films ever made and this is in no small part because of Barry's majestic score:

His reach even extended to TV where he gave the Roger Moore / Tony Curtis vehicle The Persuaders an air of exotic mystery which the show itself couldn't really maintain:

In fact, that seems to have been one of the constant themes (if you'll pardon the pun) running through his work ... It elevated the films it was part of to a higher state of being.  This is never truer than with what is, I think, my absolute favourite Barry score, for the indifferent Disney flop The Black Hole (1979).  First we have the triumphant, militaristic fanfare, a spectacular way of showing John Williams that he couldn't quite have it all his own way in the late 70s:

Followed by the piece wherein Barry's trademark measured, deliberate pace perfectly represents the largest spaceship ever seen slowly manoeuvring in space, and does it all with a dignity and elegance far beyond that which the film-makers deserved ...

Finally, I can't finish without remembering at least one of those exquisite Bond theme tunes ... Almost every one of which has entered the public consciousness in a way few other pieces of film music have managed.  Obviously, Goldfinger is the standard against which all others are compared, and that's exactly as it should be, but I have always had a real soft spot in my heart for this:

Now, here's a thing.  David Arnold, who was Barry's own choice to replace him as Bond composer, has written a delightful tribute to the great man here, and has also asked THE question of the day, over on Twitter: "Shall we try to get the sublime "we have all the time in the world" to number one this week? John Barry and Louis Armstrong"   He's @DavidGArnold if you want to go off and do something rash like follow him but, before you do, why not go and visit your local music website and download 'We Have All The Time in the World'.


Go on, 89p to elevate the charts to a higher state of being!  Bargain!

Email ThisBlogThis!Share to TwitterShare to FacebookShare to Pinterest
Labels: bond theme, john barry, obituaries, we have all the time in the world