.
So, The Academy Award nominations are with us once more. The year's biggest popularity contest has begun in Earnest (a small town just outside Hollywood) with lots of well-paid slebs maintaining an air of casual disdain as they desperately compete with each other to win the affection of The Academy.  But, over the last decade or so, said Academy has proven itself to be a wily beast largely immune to the tides of fashion (as evidenced most recently by last year's shock rejection of Avatar's opulence in favour of The Hurt Locker's gritty realism).

Let's have a closer look at a few categories, shall we?

And the nominations are:

Unusually, I've actually had the chance to see most of these (reviews of The Fighter, Black Swan and True Grit will be with you shortly).  If I were a member of The Academy (surely my absence is just an administrative over-sight) I'd be divided between hanging my hat on Inception and True Grit but, as a long-time lover of all things Coenical, I'm afraid it wouldn't be a long debate: The clear winner is True Grit!

Can't see the real Academy going for a remake, especially not when The Social Network has got such a head of steam but, these are my choices, not theirs!

Without wishing to pre-empt my own unpublished reviews too much, I'll simply restrict myself to reiterating that True Grit is the latest in a long line of Coen masterpieces and, as such, would get my vote.  But, again, in the real world, I'm thinking its Fincher's year.

This is an interesting year because three of these characters (I haven't seen Bardem's turn so can't speak for him) are really quite unlikeable.  Eisenberg's Zuckerberg particularly so!  Will Jeff Bridges be the third actor ever to win two years on the trot?  Well, since his Cogburn is essentially Bad Blake all over again, just with an eye-patch instead of a guitar, I'm thinking not.  It's a shame they decided to give him a consolation It's-Your-Year Oscar just before he turned in the performance of his decade.  But, hey, a gold statue is a gold statue.  I'd like to see Firth get it, just because he gives jaw-droppingly wonderful acceptance speeches, but I think Eisenberg will be swept along on The Social Network wave. 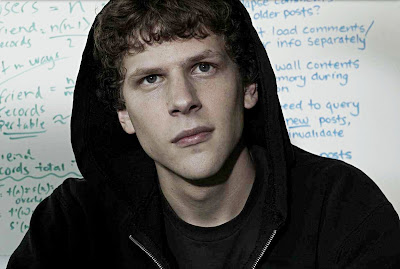 Having only seen Portman in Black Swan, I can't comment on the 'Best Actress' noms, save to note there must be a typo somewhere - no Meryl Streep.  I know she hasn't done anything this year but still, surely she's overdue for number seventeen.

Bale.  Deal with it. 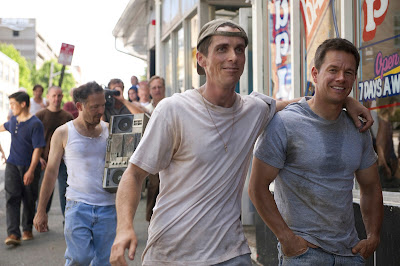 Melissa Leo is quite extraordinarily loathsome as Marky Mark's mum in The Fighter but, Hailee Steinfeld (at just 14 years old) is just riveting as Mattie Ross in True Grit.  Definitely the performance of the year in any category, the little gold doorstop must be hers!

Okay, so we'll skim over The King's Speech's debatable originality, given the historical records of the events in question, and recognise that it is a fine piece of writing but, for me, Inception wins hands down.  The Americans are great at assembling complex ole structures in their screenplays and along comes a quietly-spoken Brit who makes as mind-blowingly-complex a structure as I've ever encountered in a script seem so simple.  An extraordinary piece of technical writing.

Now this is a more vibrant category than the Original one, this year.  Beaufoy and Doyle's script for 127 Hours manages, I feel, to do more with recent actuality than Sorkin's The Social Network, and it pains me to admit that because I loves me The Sorkin.  For me what broke The Social Network was the flashback framing narrative, it just seemed disappointingly safe!  And, hang on, Toy Story 3  … since when did being a sequel and therefore containing the same characters and situations as a previous film make your screenplay adapted?  Maybe it and The King's Speech have been entered into the wrong categories?  But, anyway, none of that matters because nothing comes close to the richly textured poetry of The Brothers Coen's take on Charles Portis' True Grit.  The statue is theirs. 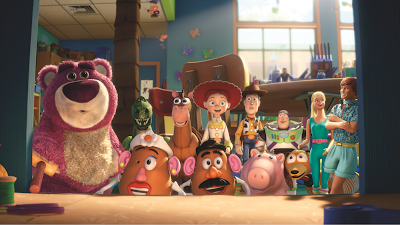 Although it's a goddamn crime that 9 wasn't even nominated.  Was that ignored this year or last year?  Can't remember.

Now, you see, again this is a very rich category.  Even with the surprising omission of 127 Hours, Pfister’s work on Inception was sublime, but Deakins does it again.  He won it with the opening two minutes of True Grit!

Despite my thinking that the ‘Iron Man-in-a-Suitcase’ gag was the best single effect of the year, this statue has gotta go to Alice, hasn’t it?  Because, of course, a lot of the stuff in Inception that you think was CGI, was actually shot in camera. 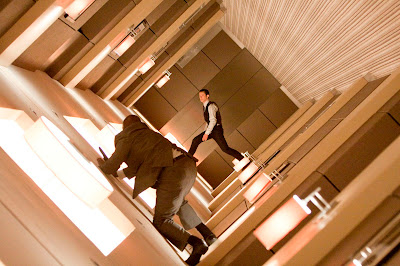 If ‘Visual Effects’ still includes things like blowing up miniatures and rotating a set and suspending your entire cast on wires then, well, I think my choice is fairly obvious.

I think Colleen Atwood is a shoo-in for the extra-ordinary work she did on Alice In Wonderland, provided The Academy’s collective memory stretches all the way back to this time last year.

Oddly, I notice that the incredible work done by Lee Smith on Inception has been completely ignored in the ‘Editing’ category.

And they are really the only categories on which I have an opinion, apart from ...

Rahman won rightly two years ago, but this year's soundtrack lacked the distinctiveness of his Slumdog Millionaire work.  Powell's Dragon soundtrack was an underappreciated delight and I'm glad to see it getting a nom.  Reznor and Ross' The Social Network is just an hour of ethereal electronic meandering.  Now, don't get me wrong, I paid good money for their Ghosts I - IV album, I am more than receptive to ethereal electronic meandering, but here it just never coalesced into a stand-out soundtrack.  Inception, on the other hand, is wonderful, powerful piece of work and I imagine it will win ... but it doesn't really advance the work Zimmer achieved with James Newton Howard on The Dark Knight, which was magnificent and revolutionary and completely ignored by The Academy in 2009.

But, here's a thing:  Irrespective of the qualities of the film, the single stand-out element of Tron Legacy was Daft Punk's soundtrack.  From its Coplandesque Overture to the dance floor remix of the single, Derezzed, it is by turns spine-tingling, moving and thrilling and it's a FUCKING TRAVESTY that it hasn't been nominated!

Are they all deaf over there?  I'm sorry, but no amount of Randy Newman-warbled sentimental syrup will make up for the absence of those crash helmets on the big night.

I've decided that if Daft Punk aren't going, neither am I.  So just don't expect to see me on the red carpet, alright.  I've made my mind up.  So there!