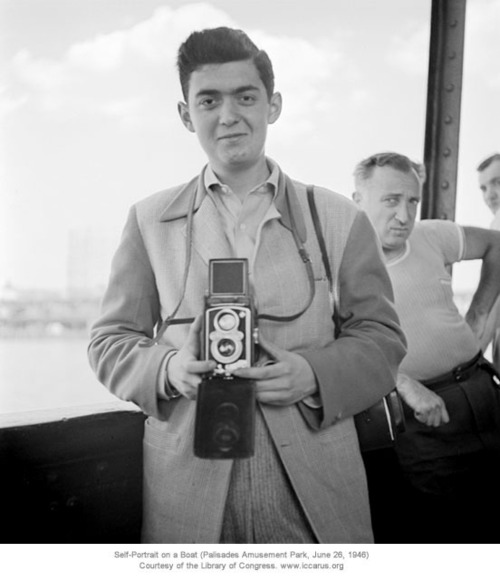 You remember Stanley Kubrick.  He started life as a photographer and, throughout his life, if he had to be photographed, he preferred to photographed with a camera.  Or playing chess.

One affectation which I find particularly touching, however, is his occasional habit of taking self-portraits in mirrors.

The most famous of which is probably the moody photo below, betraying those intense serial-killer eyes he had as a young man (and no, I'm not suggesting he was a  serial killer ... I'm suggesting that there is something complex and scary going on in his mind). 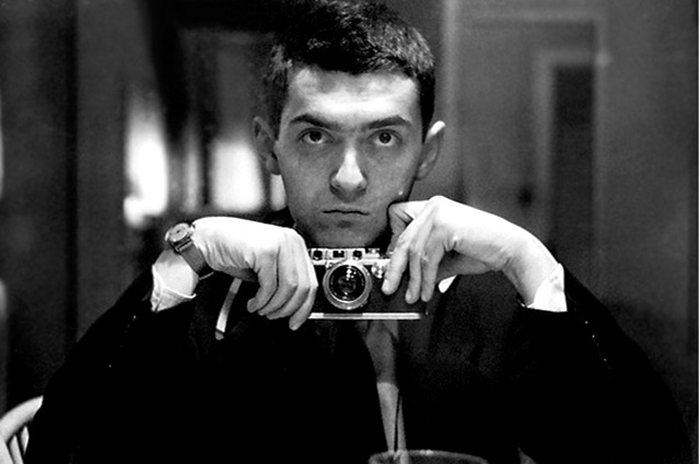 My favourite of these self-portraits is from much later in his career ... I had this as my computer desktop for a while.  It is a warm and amusing photo of a family man having fun on the cold and imposing set of one of the coldest, scariest films ever made.

I mention all this purely by way of introducing this lovely little animation which begins and ends with a version of the serial killer photo above.

It encapsulates Kubrick's career in a delightfully creative and attractive way.  Enjoy.


Stanley Kubrick - a filmography - from mwoutisseth on Vimeo.

Subsequent to finding that piece of Kubrick-inspired art, I have found a web page pursting with graphic designers giving their own spins on designing posters and images from his films.

There are some fairly obvious ideas, but a lot of great, inspired and occasionally disturbing images.  It's a French site called Kubrick et le Web and you can enjoy it here.