CULT IS NOT A RUDE WORD 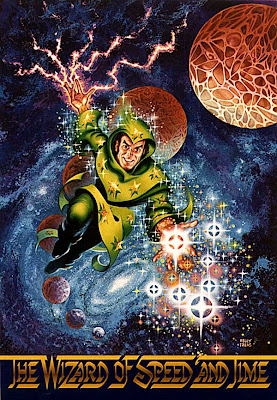 Cult movies.  What does it take for a film to be considered 'cult'?  Well, if the Hollywood hyperbole machine is to be believed, all a film has to be to be 'cult' is old and forgotten about.  If it's old and remembered, it's 'classic'.

The upcoming Fright Night is here referred-to as a remake of a 'cult'.  It isn't.  The 1985 version was a perfectly fine film, with a lovely performance by Roddy McDowall in the role David Tennant has now taken up.  But, for whatever reason, it didn't ignite the fans.

As is often the way with advertising, over-use has rendered these words almost meaningless.

But, to be a cult film, requires more than just age ... It requires credentials that only the fans can provide.  In this way, Lost Boys (1987) is probably more of a cult than Fright Night.  The more dedicated the fans, the more obscure the film, the more likely it is to be a genuine cult.

Doctor Who fans are ridiculously dedicated, but their show has been consistently popular (much to the BBC's chagrin back in the 1980s) so that isn't a cult, that's a franchise.  But Firefly, that died after just one year and now, a decade later, groups of 'Browncoats' are starting to make their presence felt with conventions and websites.

Such as this upcoming event organised by the California Browncoats.

Fans are the key to identifying and understanding a genuine cult.  Fans who become so passionate about a show or a film, they interact with it, they don't just consume it, they study it, write about it, and pastiche it.

The Jim Henson film Labyrinth (1986) has developed quite a healthy cult following ... which extends to a range of fan-written fantasy stories (both the sexual - or Slash - variety and more romantic) which you can sample here.

Quentin Tarantino is a fan of cult films and layers his films with dense, inter-connected references to them.  Kill Bill (2003) is heaving with images and ideas lifted directly from Japanese and Italian films.  I defy anyone but the most hard-core of cult movie fans to identify them all.  But Kill Bill itself is not a cult film.  It's too popular, too mainstream.

Rocky Horror Picture Show (1975), of course, is a cult film and has been so for so long that it has emerged from the other side of cult and become mainstream.

I would argue that the original Tron (1982) was a cult movie, spawning costumes as SF cons and fan-made computer games - like this one, which is wonderfully diverting -  until this year, when the sequel brought it to the forefront of everyone's attention.

Stuart Gordon's Reanimator (still the best adaptation of an H.P. Lovecraft story yet to hit cinema screens) was a reasonable hit at the time - 1985 - but has largely been forgotten since.  A whole new generation of fans have clearly discovered it (as an adjunct to the present, unfortunate, fashion for all things zombie) and have been inspired by it.  Take this surprisingly assured fan-film, for example.

Another ingredient that can give a film cult status is its treatment by its distributors.  Fritz Lang's Metropolis (1927) was slashed down to almost half its length after its premiere and it has taken film historians thirty-odd years to re-assemble the original movie from prints found all over the world.  The BD and DVD released last Christmas still isn't complete, but it's as good as we're ever likely to get.  Orson Welles' Touch of Evil (1958) was similarly brutalised by its studio and, at least in America, so was Terry Gilliam's master-work, Brazil (1985).  These are all cult films.

The other key to cult success is that a film or TV show needs to have been a flop upon initial release.  Clearly, this doesn't guarantee a long and varied shelf life, but being buried and forgotten about save by those with an affection for the unloved underdog, seems to be one of the most common signifiers of a cult.

I imagine Scott Pilgrim vs. The World (2010) will develop cult status eventually.  And that, then, would be the final ingredient - the 'eventually'.  You can't rush a cult.  Famously, The Shawshank Redemption (1994) died on its arse at the cinema but, over a five year period, developed a passionate fan-base on home video.  That, therefore, went through a phase when it was a cult film, but has now become so ubiquitous it is entirely mainstream.

Importantly, you can't manufacture a cult, either.  Fans will decide what they like.  They don't appreciate marketing people telling them what to think.

Now, all this was inspired by this lovely little documentary, which investigates what it is to be 'cult' and gives some esoteric examples.  Tis just a shame that this piece is only ten minutes long, I'd love to have seen more ...


Now, in case you are remotely interested - my vote for best cult film would be Mike Jittlov's The Wizard of Speed and Time (1988).  Never heard of it?  Well, there you go, the first stage of cult-dom already achieved.

It started life as this short film in 1979, which I offer by way of whetting your appetite: