DOCTOR WHO: Victory of the Daleks 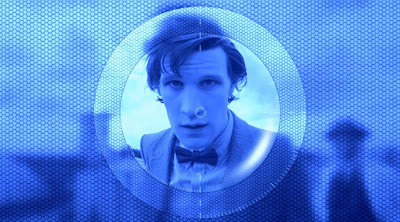 Now, this is what I’ve been waiting for.  A barn-storming classic Doctor Who episode with moments that I’ll remember and talk about for years to come: Spitfires in space, man.  It don’t get much better than that.
As you would expect from Mark Gatiss, a man steeped in British heritage, this is a terribly stiff-upper-lipped story with a brilliant central conceit.  Churchill, during Britain’s ‘darkest hour’, supervising the war from the dark and dingy depths of his bunker, is presented with a solution, a weapon he can’t possibly resist: A camouflaged Dalek, or an “Ironside” as their supposed inventor, Dr. Bracewell, terms them.  There is something so right about that description yet so curiously wrong about their behaviour: The early scenes with the Daleks as servants, bringing cups of tea or trundling down a corridor carrying a box file, are delicious.
Obviously, there are a few quibbles with this episode, not least:  Why is no one shocked that Amy is wearing a mini-skirt in 1941?  Where the Hell did the Daleks come from?  I thought The Doctor had destroyed them all.  Again.  Isn’t it convenient that that they just happened to stumble across a Progenitor Device floating in space!  Quite how - and why - would these pepper-pots with sink-plunger hands manage to fashion a cyborg – then make it middle-aged and Scottish?
However, these worries simply dissipate as the episode barrels along.  There’s enough going on here to fill a two-parter (with the “Testimony is accepted” bit clearly the cliff-hanger ending of the first part) but they have packed it all into one episode.  The down-side of that is that none of the lovely ideas contained in this episode really get enough screen-time or chance to develop.  The up-side is that none of them outstay their welcome.  This is the archetypal British war-movie rendered down to its essentials and packed into 42 electrifying minutes.
Little throwaway lines like “Broadsword calling Danny-Boy” (which had me laughing so much I fell off the sofa) are all part of a very rich mix.  The bright sixties colours and sound effects on the Dalek ship are lifted straight from the sixties Dr. Who movies, plus they contribute to Moffat’s apparent desire to channel the spirit of the very earliest Doctors and, in this case, are all the more welcome for it.
Yes, the multi-coloured Daleks are a marketing manager’s wet dream.  Yes, they will spawn a huge line of all-new expensive toys and, yes, they’ll probably be back again at the end of the series.  Again.  But all of that is fine.
The whole episode is a mosaic, a collection of small, perfectly formed ideas stuck together to form a whole and, if some of the ideas don’t work on their own, that’s okay, because they are an important part of the big picture.
Spitfires in space.  Epic.  Iconic.  Perfect!
Ian McNeice’s performance as Churchill is note perfect, every sentence a statement of eloquent defiance delivered in that jowly rumble which we all know so well.  If you’ll forgive me for pinching the best line: “If Hitler invaded Hell, I would give a favourable reference to The Devil …” That’s exactly the kind of dialogue I’ve been waiting for, made all the richer because it is, of  course, a paraphrase of a genuine Churchill quote from the period.
Bill Paterson has fun with a fairly undignified role, spending much of his screen-time lying on the floor being psycho-analysed.  However, this scene, like the previous week’s Starwhale dilemma, allows Amy to shine, managing to talk her Paisley Boy down when The Doctor, once again, fails.  Then, afterwards, when he’s despondent, she perks him up by reminding him that he saved the Earth, which is patently untrue:  She did!
As for The Doctor, well, what seems to be turning into a weekly temper-tantrum at least has an understandable cause this week, because he’s terrified of the damn Daleks.  As with Eccleston’s Doctor, the presence of his nemesis makes him betray vulnerabilities he ordinarily wouldn’t.
This third episode has saved the series, for me.  Now there is at least one episode this year that is up there with my favourites, and that fact buoys-up my flagging faith for the rest of the series.
Well done, Mr. Gatiss.  Keep buggerin’ on! 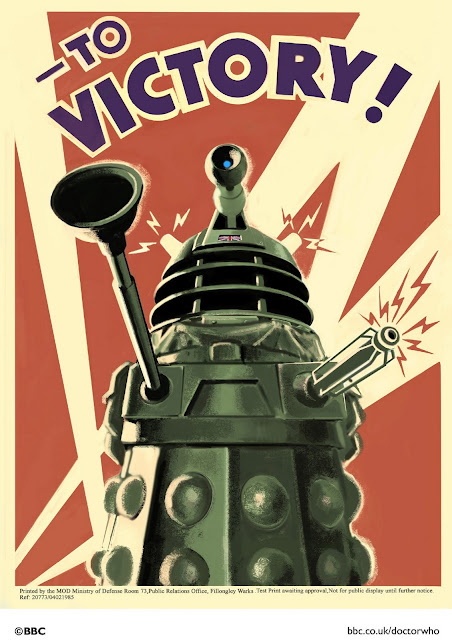