Hoffmann won the Oscar for his performance, Jones did not.

Jones was nominated for a hatful of awards.  Hopkins was not.

It happens.  Sometimes an idea dawns on several people at once and turns into two very similar films being made at the same time.

Remember Olympus Has Fallen and White House Down (both 2013)?

Or the aliens-invade-LA films Skyline and Battle: LA (the end of 2010 and the beginning of 2011 respectively)?

Or the disastrous movie Volcano and the even worse Dante's Peak (both 1997)?

And now, staying with World War Two, we have two biopics of Winston Churchill.  And which one is Toby Jones in?  Hah - neither!

Let's be honest, playing Churchill is probably the role that, outside of Sherlock Holmes and King Lear, actors of a certain age want to have a crack at.  Michael Gambon gave us his Churchill last year, in TV's Churchill's Secret, as did John Lithgow in The Crown.  Timothy Spall gave us his Churchill in The King's Speech in 2010.  Robert Hardy virtually made a living as Churchill in the 80s and 90s.  But, let's face it, we all prefer Ian McNiece's rendition in Doctor Who in 2010.  That was Churchill and the Daleks, for goodness sake!

But now we have two new contenders.  We have Brian Cox as the titular Churchill.  That had a brief run at the cinema last month.  You might still be able to find it, if you have decent cinemas in your area.  Interest in it may be renewed since, just this week, we have seen the launch of the trailer for Darkest Hour, which is (based purely on the trailer) already getting rumblings about an Oscar for its Churchill - one Gary Oldman.

Let's have a look at the form, shall we ... First out of the gate was Brian Cox:

And the young pretender ... Gary Oldman:

There's only one way to be sure! 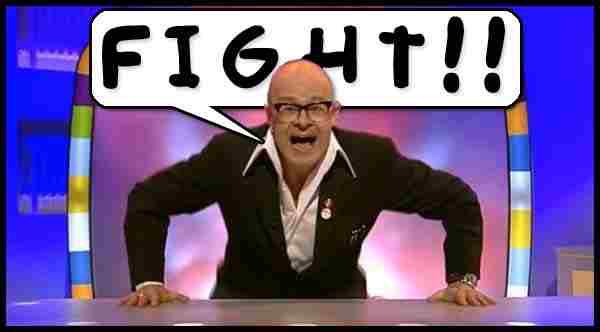