Top Ten Animated Films That Screw With Your Head – part 2

Okay, yesterday I unveiled the first five of my top ten cartoons that expand your mind.  That'll be here, then.  All of them, it turns out, are of European origin.  But, as we move into the top five, we become a bit more Ameri-centric so, without further ado:
5: Heavy Metal (1981) 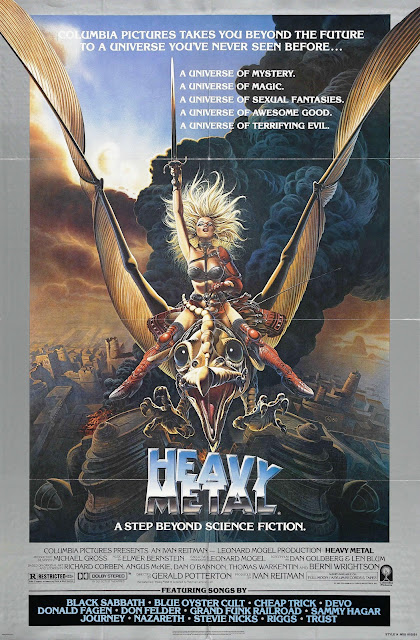 Our first non-European film, Heavy Metal is actually Canadian, however the magazine from which it takes its name is an English-language reprint of Metal Hurlant which is, of course, French.  Like the magazine, the film is a portmanteau of short-stories, linked by the mysterious and all-powerful artefact, the Loc-Nar.  All of the stories are animated in different styles by different teams and with different writers and directors.  The stories are based on the visual styles of, among others, Richard Corben, Bernie Wrightson and Moebius.
Inevitably, this makes the film a bit patchy, with stories ranging from the tedious (Harry Canyon) to the risible (Den) to the delightful (Captain Sternn), the chilling (B-17)  and the epic (Taarna … which was parodied so perfectly by South Park in its 2008 episode ‘Major Boobage’).
It was an attempt to release an adult animation – the first since Ralph Bakshi’s films of the early 70s, but its drooling T&A content meant that the result, whilst adult, was certainly not mature.  The over-all feeling  is of a self-indulgent, hallucinatory, sensory overload which is, I imagine, exactly what the makers were aiming at!
It is, however, a good opportunity to hear some great, unrepentant 1970s rock music (my personal favourite being the spine-tingling Veteran of the Psychic Wars by Blue Öyster Cult and Michael Moorcock).  It’s also a good opportunity to see some animated sex and violence – not unusual now, but surprisingly controversial at the time.
4: Wizards (1977) 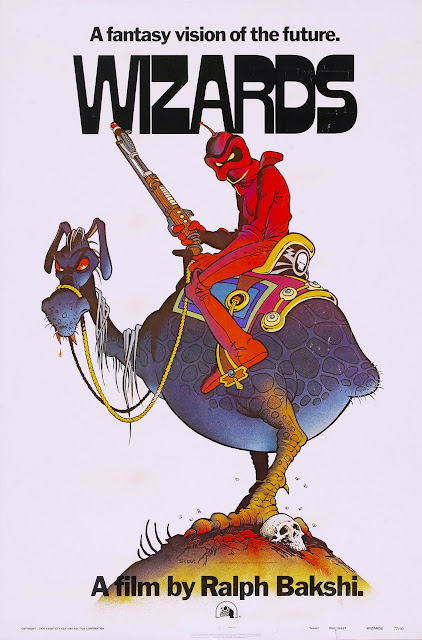 At last, a full-on, out-and-out all-American movie, albeit from the American underground.  Ralph Bakshi had carved out quite a reputation for himself in the '70s as the first (and only) American animator making feature-length animations for adults.  Fritz The Cat (1972 - based on Robert Crumb’s seditious comic of the same name) became notorious for its starkly honest depictions of sex and drug use, which were commonly depicted in live-action films of the time without critical comment but, of course, Fritz was a cute cartoon character.  Bakshi would promptly go on to the vastly ambitious and deeply flawed adaptation of Lord of the Rings but, before that, we have Wizards, which is his masterpiece.
Set in a future so distant it looks like the past (sounds oddly like another film Fox released in ’77), Bakshi employs the already well-used tropes of the fantasy genre, mixed in with science fiction and some late-seventies political cynicism.
It contrasts the jagged, intimidating graphics of Ian Miller with the cute, softness of comic-book artist Mike Ploog.  The mish-mash of magic and modern weaponry led the way, to a certain extent, to subsequent developments in the use of science fiction ideas in film.  When the budget ran out, Bakshi resorted to rotoscoping found footage for the massive battle sequences, a technique he repeated in Lord of the Rings.  I have to say it works far better here!
3: A Scanner Darkly (2006)
Like The Adjustment Bureau, this is based on a Philip K. Dick story (to which, unlike The Adjustment Bureau, it sticks like glue) and, like Rango, is produced through an advanced variation of rotoscoping, which director Richard Linklater developed for the earlier Waking Life (2001).
The unreal imagery feeds into the narrative which concerns the paranoia of drug-addled losers, suggesting that they, in their narcotic-infused state, see the world very much like this.  Like many Dick stories, this deals with questions of identity and of what is real, what is hallucination and whether you can definitively tell the one from the other.
2: Comet Quest – The Adventures of Mark Twain (1985) 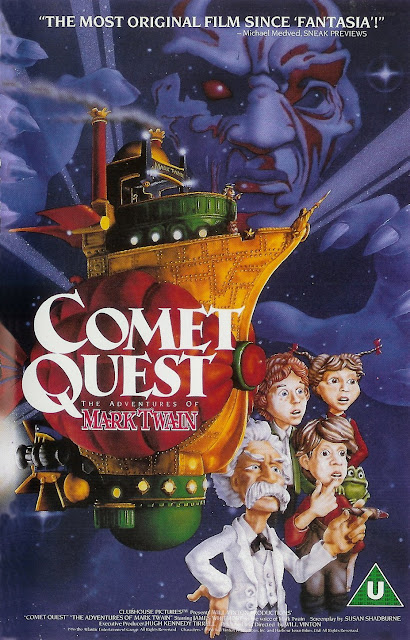 This film is pure magic.  It tells the story of Mark Twain, who has built himself an extraordinary airship so that he can go and meet Halley’s Comet (he was born on the day it last visited, 75 years earlier) and takes three of his fictional creations with him, Tom Sawyer, Huck Finn and Becky Thatcher.  The ship has an ‘indexivator’ on board, which takes the children into re-enactments of several key Twain works.
The film is directed by Will Vinton and employs his trademark ‘Claymation’ technique, which is far more detailed than Aardman’s similar Wallace and Gromit animation.
The unrestrained imagination of the visualisations of Twain’s stories, combined with the extraordinary detail Vinton’s animators achieve in this entirely hand-animated movie, makes this an undiscovered treasure.  Still unavailable on DVD in the UK, the only footage from it I could find to show you is this dark and disturbing sequence which seems to have been posted as some form of protest.  Watch it and remember what the armadillo said: “It’s a metaphor”.
1: Akira (1988) 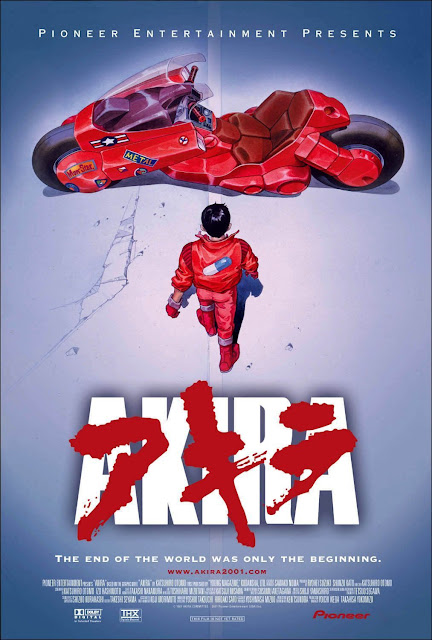 There are many anime out there which can turn your brain to jelly but, for me, the best by far, is still the first I ever saw.
Imagine the scene:  It’s 1990, a midnight screening, we had gathered to watch a fuzzy NTSC video projected onto a conference room wall.  No one in the country had, till that time, seen these strange Japanese cartoons, save the Marine Boy and Battle of the Planets bastardisations that had polluted our Saturday mornings.
Akira was unveiled before our disbelieving eyes.  There were no subtitles, no way of knowing what the hell was going on, but the imagery was life-changing.  I’ve spoken to people who claimed to have dropped acid to watch 2001 in the sixties.  Well, minus the acid, this was my 2001.  Deprived of sleep and bombarded by wonderfully incomprehensible images, this movie truly was a trip.  I’ll never stop thanking Helen for pressing play that day.
This, for me, is the number-one mind-fuck animation out there!
And, before you ask why I have ignored Yellow Submarine (1968), it’s simply because I really don’t like it.  I find it almost unwatchable.  It just bombards you with psychedelic, surreal and non-sequiturial imagery from beginning to end.  I have to watch it in bits, its far-too rich a brew for me to take all in one go.  In that sense it served as something of a template for the pop video industry that came along about 15 years later and which still, to this day, machine-guns its viewers with images deprived of coherent meaning.  So, I appreciate Yellow Submarine, but I don’t like it … And this is my list and it is done!  Wow … I think I need to lie down now.
While I do that, feel free to lambast me about the films I’ve missed; those animations which have a special place in your heart and which I have unforgivably slighted by omitting them.
Posted by Cellulord