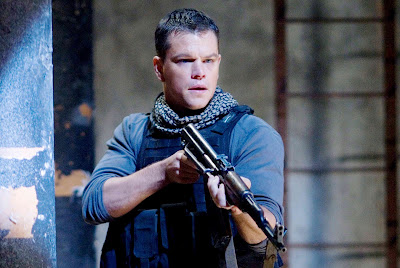 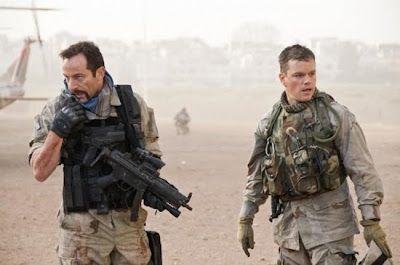 The final fire-lit chase / showdown through the burnt-out, Hellish streets of Baghdad is visually extraordinary and as tense as any chase scene shot in the last few years (certainly since the last Bourne movie) but, even during this master-class in how to make great action sequences, I couldn’t shake the uncomfortable feeling that an on-going war is not really an appropriate framework over which to stretch this action/adventure yarn.  It neither adds to our understanding of the war nor offers any realistic closure to it.  How could it?
So what does the film do?  Sadly, it simply whets the appetite for another proper Bourne movie.
Dir: Paul Greengrass
Writer: Brian Helgeland
Stars: Matt Damon, Greg Kinnear, Khalid Abdalla, Jason Isaacs
Dur: 115 mins
Cert: 15
Posted by Cellulord