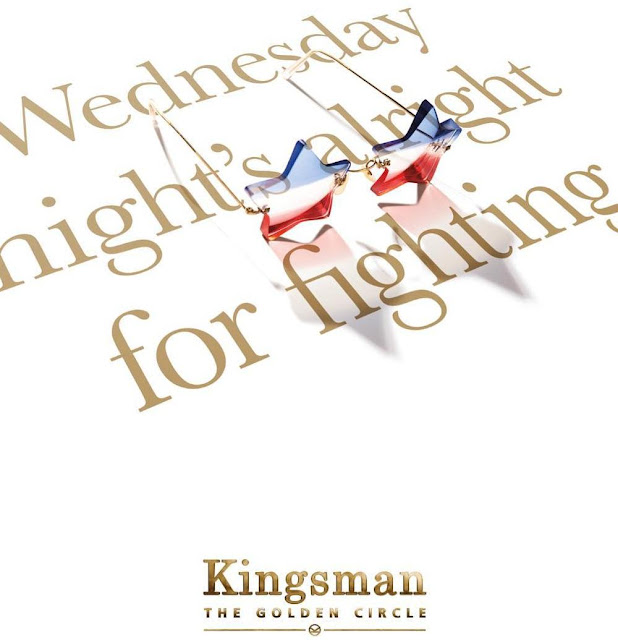 Kingsman: The Golden Circle is the film every Bond movie wishes it were, but never will be.
It begins as it means to go on, with a fist fight in a car chase.  Unlike Quantum of Solace (2008), which began the same way, you can see exactly what’s happening and actually become engaged in the action.  And, furthermore, it’s all set to a Prince song.  So, win-win.
And this sets the tone for the film we are about to see.  Scribes Goldman and Vaughn have worked the ideas, so each scene gives more than is strictly necessary.  It’s like they decided what they needed to have happen, then sat down and thought about how to also make it clever.  Or funny.  Or both.  That’s good film-making.  Do the creative work when it’s just lines on paper ... The cheapest and most fundamental stage of any film’s production.  Re-writes and re-shoots are so much more expensive!
Anyway, back at the plot, when Eggsy gets home, after his fight, we find that he has settled down with his anal-loving princess, Tilde, from the end of The Secret Service.  When did Bond ever hang on to a woman for more than one movie?  Indeed, Eggsy is properly romantic with her.  So, we even have a bit of a love story woven into this already busy movie tapestry.

Then we meet our super-villain, Poppy (played by Julianne Moore, who is clearly having as much fun as Sam Jackson did in the last film).  In her introduction, she explains that she is obsessed with the 50s, back when life was simpler; and her evil lair looks like nothing so much as the town square from Back to the Future, complete with drug store, burger bar and live theatre (in which a kidnapped Elton John has a permanent residency).
Here, she serves up a burger made of human meat (there goes the McDonald’s sponsorship deal) and smiles far too widely, in that way that tells you a person is completely bug-nuts.  Interestingly, when we learn what her plan is, it actually makes sense and she becomes a genuinely interesting and engaging character.  Who is also completely bug-nuts.  Take that Ernst Stavro Blohard!
As you’ll know, if you’ve seen any of the posters or trailers, we are also introduced to the Kingsmen’s American counterparts, the Statesmen.  They spread their brand all over the world through sales of whisky.  Interesting that a quintessentially American drinks-based organisation doesn’t sell cola.  (But, maybe that would have been one lost sponsorship deal too many).
These new characters blend in and the dialogue is shot through with spirited exposition which doesn’t leave a sour taste.  It’s a neat trick and the proof of good writing from Goldman, who has had the bottle to, once again, set herself a high bar; and it’s all distilled into a film which just barrels along.
(Okay, I’ll stop now.)
There is a lot of swearing, here.  Having a film that looks and sounds like a Bond movie, but with down-to-earth English swearing is fun, at first, but we get so much of it that the typical English response of laughing ’cos it’s embarrassing, actually wears off.Hh  There's also some outrageous humour which, I imagine, will get some voices raised in anger at the film, as happened about the Tilde gag last time.  So, they could have shown a bit more restraint with all that, and displayed a bit more of their obvious wit, but these films are not really about restraint.
Director Matthew Vaughn layers his film with glorious detail; there are so many clever ideas, so many moments when they indulge in a pun or just have fun.  Okay, so the golden circle of the title is, actually, irrelevant; that’s okay.  It’s a maguffin, nowt wrong with that.  Everything in the film is presented in a heightened way, with vivid colours, polished surfaces, snappy dialogue and delightfully clever lap-dissolves from scene-to-scene.  No one has had quite so much fun transitioning from one scene to another since Ang Lee made his version of  Hulk in 2003.

Mark Strong (as Merlin) is even better than he was last time, and gets to sing.  Meanwhile, Taron Egerton, (who, I notice, even though it’s his film, still only gets third billing) ably holds his own amongst a growing cast of actors with way more experience than he has, not least Jeff Bridges and Julianne Moore, who are two of the best actors of their respective generations!
Channing Tatum is in on the gag (in case you hadn’t noticed, he doesn’t take himself at all serious), but is criminally underused in the film (they’re saving him for the next one, no doubt).  This does, however, give an opening for Pedro Pascal to step into the limelight.  You know Pedro from Game of Thrones, but here he looks like he’s auditioning for the remake of The Cannonball Run.  Fortunately, he’s also in on the joke.  Indeed, all of the Americans look like they can barely deliver their dialogue from giggling too much.
Thankfully, the viewer is having fun too.

Like a Bond film, Kingsman does a bit of globe-trotting.  There’s no reason, at all, for example, to go to Italy, but they do, for a clever and thrilling stunt-scene involving a cable car which, presumably, couldn’t have been done in America.
I don’t like sequels which simply repeat the first film (that’s why you won’t find me writing about Fast and Furious or Transformers, for example); I like a film to push its concepts and its characters along a bit, like Guardians of the Galaxy did, earlier this year.  So, yes, we get some of the signature ingredients of the first film faithfully reproduced:  the henchman with a fake limb, the punch-up in a pub, the protracted fight-scene with no edits; but we also get a lot of new ingredients thrown into the mix.
There is an infection being spread, which has three stages; the first is a warning, the second is a mad craziness and the third is suddenly more serious.  The film has similar sections, with the scene setting of the first act giving way to fun and games with the new characters, before the serious bit which shows, through merciless satire, that the real super-villains of the world aren’t the ones with the secret lairs.  The really evil people are the politicians.
Just take a glance at the real leaders of the world, if you want some context.
Speaking of which, Victor Von Trump’s use, just this week, of the phrase ‘rocket man’ may be the most audacious piece of marketing any motion picture has had the fortune to receive - because this film features the Rocket Man himself, Elton John, in a delightful role (much more than just a cameo) where he too demonstrates and real willingness to parody himself.

It isn't just the presence of Elton John which put me in mind of a Ken Russell film, when I was watching Kingsman The Golden Circle, no, it the bravura performances, the riotous colours, the restless creativity and the great music cues (it's up there with Guardians and Baby Driver as soundtrack of the year, for me) It’s also the way the film refuses to shy aware from bad taste, and the characters you enjoy spending time with, no-matter how monstrous they are.  It is fun from beginning to end, with a few serious satirical points to make along the way.
Part of me is hoping that Eon Productions have the wisdom to tap Vaughn on the shoulder for the next Bond film (he did give Danny Craig his big break with Layer Cake back in 2004, after all), but a bigger part of me is hoping he stays right where he is and keeps showing the flaccid, self-important Bond franchise how it should be done. 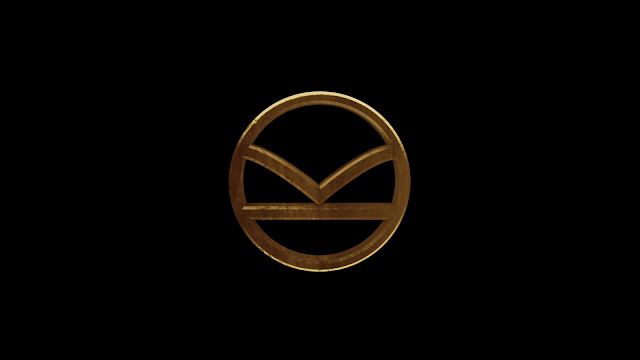